“He’s a really good leader and he’s always got the backing of the changing room, for whatever he decides is the direction of this team. He’s fully in-charge, with Andy Flower and Ashley Giles, and the guys are always following him.”

Claiming that England had proved a few doubters wrong with their performance in the ICC Champions Trophy, Trot said he was “excited” and the team was looking to “seize the opportunity” in the title clash against India at Birmingham on Sunday.

“The guys are looking to seize the opportunity. They don’t come around very often,” Trott said.

A crucial part of England’s top-order batting, Trott said he was excited at the prospect of playing the final at his home ground of Edgbaston.

“For me personally, I’m very excited,” he said, adding, “You always have a little cheeky sneak at the fixtures, and where the final is going to be played, and I was very excited about getting here – and it’s happened.”

Talking about the team’s performance in the Champions Trophy that has put the country within one win of its first silverware in a 50-over world event, he said it has proved the critics wrong.

“A lot of people were a bit sceptical. But this team has proved a few people wrong with regards to their takes on the game of cricket and how it should be played,” Trott was quoted as saying by ESPNcricinfo.

The most recent major final England played in was the ICC World T20 2010 in Barbados where they beat Australia to claim their only piece of global silverware. 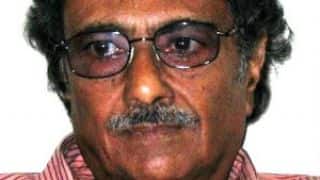