England's under-fire captain Andrew Strauss hit his highest score in the series to lead a solid reply by the tourists to Sri Lanka's 275 in the second Test in Colombo on Wednesday. 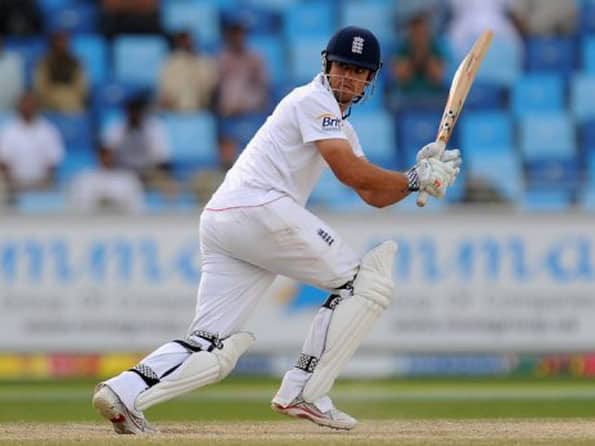 Alastair Cook in action on the second day at Colombo AFP

England’s under-fire captain Andrew Strauss hit his highest score in the series to lead a solid reply by the tourists to Sri Lanka’s 275 in the second Test in Colombo on Wednesday.

Strauss was unbeaten on 42 and fellow opener Alastair Cook was on 40 as England warded off Sri Lanka’s pace and spin attack to move to 83 for no loss by tea on the second day at the P. Sara Oval.

Strauss showed no signs of pressure after falling for 26 and 27 in the first Test in Galle, which Sri Lanka won by 75 runs to take the lead in the short two-match series.

The England skipper has not scored a century in his last 23 innings, in which he has averaged a poor 28.52, and has managed just one three-figure knock in his last 48 innings.

But Strauss appeared to have settled in as he stroked three boundaries. His only false shot came on 23 when he edged Rangana Herath, but the ball fell just short of Mahela Jayawardene in the slips.

Cook was lucky to be still there after Lahiru Thirimanne floored a sharp chance at forward short-leg off Herath when the batsman was on 20.

England, whose defeat in Galle followed a 3-0 rout by Pakistan in the United Arab Emirates earlier in the year, need a win to level the series and retain their number one Test ranking.

Strauss’ men will slip to second spot behind South Africa even if the match is drawn.

Sri Lanka added 37 runs to their overnight score of 238-6 before they were all out 30 minutes before lunch.

Suraj Randiv helped his overnight partner Angelo Mathews add 31 for the seventh wicket before he holed out to Kevin Pietersen at long-on attempting a big shot off off-spinner Graeme Swann.

Swann struck again in his next over when he beat Mathews in the air and had him caught at short mid-wicket. Mathews scored 57 in a four-hour vigil at the crease.

Tim Bresnan had Herath edging a catch to wicket-keeper Matt Prior, before Swann terminated the innings by bowling last man Suranga Lakmal. (AFP)