Former England captain Cook is worried the red-ball game will be completely sacrificed in 2020 to allow space for the more profitable competitions.

Former England captain Alastair Cook has suggested the four-day County Championship may have to be curtailed or abandoned completely so officials can salvage “the most profitable parts of the English summer” following the coronavirus outbreak.

Friday saw the England and Wales Cricket Board announced that no professional cricket would be played in England and Wales before May 28. The County Championship, which comprises four-day first-class matches — and which Cook helped Essex win last season — was due to start on April 12.

The Champion County match, the annual curtain-raiser for the year, was to be played between the Marylebone Cricket Club and Essex later this month in Sri Lanka, but had been called off.

County Championship matches do not generate as much money as limited overs fixtures or internationals but are seen as vital as preparing players for five-day Tests, still widely regarded as the pinnacle of the game.

“I could have retired from all cricket when I quit the international stage in 2018 but I stayed on because I loved playing for Essex and that means the County Championship,” wrote Cook, England’s all-time leading Test run-scorer in his Sunday Times column.

“I couldn’t have asked for a better first season back on the (domestic) circuit than winning the title in the last game of 2019.

“Will we get to defend that title? As things stand, there will be no cricket in England until May 28 at the earliest.

“I can say this because I have no financial interest in the outcome but it strikes me that those proposing that the authorities prioritise the most profitable parts of the English summer — The Hundred, T20 Blast and the national team — have a point.”

The 35-year-old left-handed opener went on to ask: “Can we salvage the four-day competition? “Possibly but that will demand that we all pull in the same direction.

“We may well be looking at an abbreviated tournament, with more back-to-back matches and stretching into early October (sometimes warmer than the second half of April when the season usually starts). We may, as a result, see more floodlit cricket and ticket prices will almost certainly have to be reduced.

“None of this is ideal but we all have to see the bigger picture — for our sport and the country as a whole,” Cook wrote. 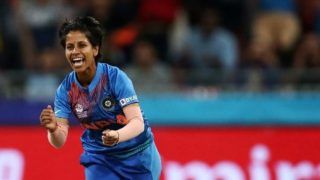