England will be happy with their performance despite losing an early wicket.

England go to lunch at Day Four of the 1st Test at Lord’s at 175 for three, leading New Zealand by 41 runs. Ian Bell was the only wicket to fall off the third ball of the day for 29. Alastair Cook and Joe Root are currently batting on an unbeaten half-centuries from. Tim Southee picked up the only wicket to fall. Live Cricket Score England vs New Zealand 2015, 1st Test at Lord’s

England have done very well so far and will be happy to wipe out the deficit and get a small lead. Adam Lyth and Gary Ballance were dismissed for 12 and a duck on Day Three. New Zealand bowlers have however kept it tight and throughout the day, but England batsmen have found a way to score some runs. New Zealand will be disappointed not to pick up more than a wicket in the session so far. Live scorecard: England vs New Zealand, 1st Test, Lord’s, Day 3

BJ Watling has not taken the field after he got injured while batting on Day Three and as a result Tom Latham is the the wicket keeper for the innings. New Zealand will look to come out after lunch and get some quick wickets and ensure that England do not take a big  lead for them to chase. ENG vs NZ 2015, 1st Test at Lord’s, Free Live Cricket Streaming on Star Sports, Day 4

Kane Williamson’s 132 had ensured that New Zealand got to 523, taking a lead of lead of 164 runs. Stuart Broad, Moeen Ali and debutant Mark Wood got three wickets apiece. This after New Zealand skipper Brendon McCullum had won the toss on Day One and decided to bowl first. Wood is playing his maiden Test for England and Matt Henry has earned his maiden Test cap in this match for New Zealand. 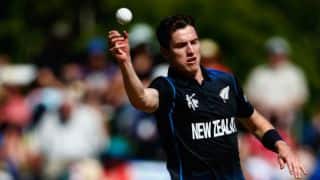 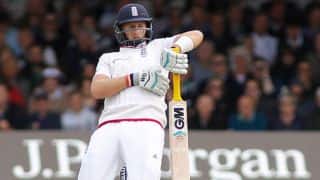