West Indies pacer Jerome Taylor, playing for Sussex, took a hat-trick against Essex in the Royal London One-Day Cup. Taylor got the wickets of Varun Chopra, Tom Westley and Adam Wheater early on in the game to put the batting side in a precarious situation. But former England captain Alastair Cook and Ryan ten Doeschate slammed hundreds to lead Essex’s recovery. Cook crafted 109 off 131 deliveries while ten Doeschate slammed 102 off 91-ball to take their side to 295 for 7 at the end of the innings. Apart from Taylor, Jofa Archer took two while Danny Briggs took one wicket.

Taylor was signed by Sussex for the One-Day Cup group stages as a replacement for the injured Vernon Philander who was sidelined due to a groin injury. The 32-year-old Taylor has taken 126 wickets in 85 ODIS for the West Indies at an average of 28.16.

The right-handed Caribbean pacer had retired from Test cricket in July 2016 but in a complete turn of events, he reversed that decision in April month. He has not featured for the West Indies in any format since September despite still being available to play limited-overs cricket having been overlooked for the series against Pakistan last month.

But apart from taking the highlight, Taylor could not contain the flow of runs and conceded 65 runs in his 10 overs. It was Cook who brought solidity to the Essex innings with his sturdy knock after the early debacle. Cook scored 65 runs with Dan Lawrence (34) for the fourth wicket and then added precious 142 runs for the fifth wicket with the former Dutch all-rounder ten Doeschate.

After Cook got dismissed, ten Doeschate cut loose and hammered the Sussex bowlers all around the park. 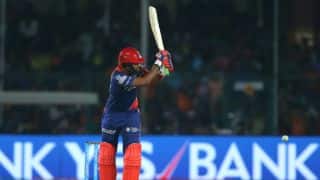 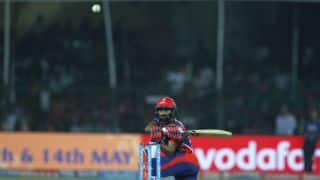