England captain Alastair Cook has said the international future of Kevin Pietersen needs to be "resolved" in the next few weeks. 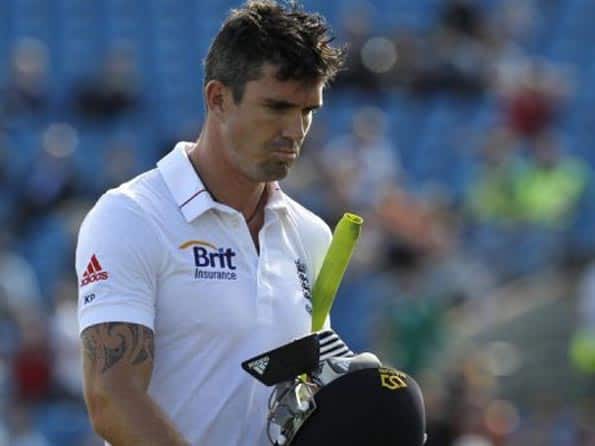 England captain Alastair Cook has said the international future of Kevin Pietersen needs to be “resolved” in the next few weeks.

Pietersen has been in England exile since being dropped following the second Test against his native South Africa in Leeds last month.

Officials, already frustrated by rows over his desire to play less one-day cricket, were furious when it was revealed he’d sent “provocative” texts to South African players — some allegedly critical of then captain Andrew Strauss.

That meant the 32-year-old missed the final Test against the Proteas at Lord’s and the subsequent one-day series, which ended in a 2-2 draw with one no-result after the tourists’ seven-wicket win at Trent Bridge on Wednesday.

Pietersen will also miss England’s defence of their World Twenty20 title in Sri Lanka later this month, despite being man of the tournament when they won the 2010 edition in the Caribbean.

Strauss announced his retirement last week, although he insisted his decision to quit wasn’t prompted by the latest row involving Pietersen, his predecessor as England skipper.

Cook, already leading the one-day side, was named as the new Test captain.

He now has a role in deciding Pietersen’s immediate international future ahead of the tour of India, starting in November.

“I haven’t really been thinking about it too much, with the one-day series on,” Cook said of the Pietersen stand-off.

“Over the next couple of weeks, it’s certainly an issue which we as the ECB (England and Wales Cricket Board) will have to get resolved.

“It is a situation which does need to get resolved. There is stuff which needs to be talked about behind closed doors. That will happen.”

England, after Cook won the toss, were bowled out for just 182 on Wednesday as South Africa recovered from two straight losses at The Oval and Lord’s.

The Proteas’ top order stumbled for the third match in a row when they slumped to 14 for three.

But an unbroken stand of 172 between man-of-the-series Hashim Amla (97 not out) and Proteas captain AB de Villiers (75 not out) saw South Africa home with more than 15 overs to spare.

One consolation for England was that, despite this defeat, they remained top of the 50-over world rankings having won 12 of their last 14 completed matches.

Amla, who made a brilliant 150 in South Africa’s 80-run win in the second ODI in Southampton, was named man-of the-match and series.

That followed on from his corresponding award in the Proteas’ 2-0 Test series win over England where he scored a South Africa record 311 not out at The Oval.

Amla’s combined tally for both series was a colossal 817 runs at 116.71 and there could be more to come in the upcoming three-match Twenty20 series starting on Saturday.

“He’s in some serious form,” Cook said of Amla. “It was 14 for three; we knew we were one wicket away from causing a few nerves in the camp.

“But with those two (Amla and de Villiers) in, they showed what a good batting wicket it was — and they gave us no chances.”

Meanwhile Amla was left to reflect on his latest impressive display.

“I’m just enjoying it, and I think today’s innings was probably one of the most enjoyable — because we were in a spot of bother,” he said.

“I played at Nottinghamshire for a season, so it’s almost like a home ground to me.” (AFP)