Former England captain Alec Stewart has said that the fun and enjoyment had been sucked out of the team under outgoing team director Andy Flower’s stewardship and that the players were too scared to question his inflexible ways.

Stewart believes that Flower should be remembered for his immense contribution to the overall success of the England cricket team under his stewardship after taking over from Peter Moores in 2009, with three Ashes wins, a series win in India, a T20 World Cup and for a short time England were ranked the No 1 Test side in the world.

According to the Mirror, Stewart said that Flower is an impressive individual and his methods — an approach based around hard work, discipline and attention to detail — worked for the majority of his time in charge, although there were rumours that his methods and inflexible ways sucked out the fun and enjoyment from the team.

Stewart further said that when a side is continually losing like England, it is imperative to have an open and honest dressing room where opinions are allowed to be heard and discussed, adding that he believes it was not the case which resulted in a players’ only meeting before the final Ashes 2013-14 Test against Australia in Sydney where some strong words were spoken.

Stating that potential successor Ashley Giles needs to be his own man, Stewart also said that Giles must be allowed to hand pick his own staff and impart his skill onto the team without any outside interference.

He added that as the coach-captain working relationship is crucial, Giles must be 100 per cent sure that Alastair Cook is the right man for the job.

Stewart also said that he would have removed Flower even as a selector to wipe the slate completely clean, adding that even though Flower has been outstanding, now was the time for a new era. Shoaib Malik: Pakistan all-rounder who has had his fair share of troughs and peaks in a long career 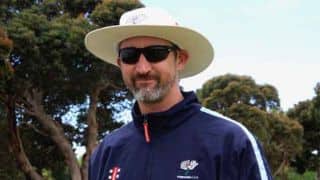