After first litmus test, the 29-year-old is getting all-warmed for another outing.

Alex Doolan is just three Test matches old. He owns a highest score of 89 ,when he dodged,edged ,middled some as a part of his 247 ball stay at the crease in his first Test match against South Africa.

According to a report featured in cricket.com.au, the right-handed batsmen believes the intesnse scrutiny of Test cricket on and off the field was his biggest learning from his first tour he played against the Proteas earlier this year.

“The main thing is you’ve got to learn how to deal with pressure pretty quickly, because unlike any other cricket you play it’s just on you full time, whether you’re playing or preparing to play,” Doolan told . “It’s really about trying to clear your mind. “As cliché as it is, (you have to) just take it as it comes.”

Son of a former Tasmania wicketkeeper and opening batsman, Bruce Doolan, he had a tough first outing as he faced the likes of Dale Steyn on some crunchy wickets. After reaching his highest score of 89 in his first Test, Doolan didn’t manage to get a respectable score in the next two Tests but always got the starts , converting them was the question.

After first litmus test, the 29-year-old is getting all-warmed for another outing, not easy again. He has been selected as a part of the Australian team which tours United Arab Emirates later next month. “I’ve done a lot of work practicing against spin, which is the best thing you can do,” Doolan said. “Continuing on from that I’ll be talking to people (about) how they play and how they adapted their game. “It’s like facing anything; you’ve got to have a game plan and stick to it, how you’re going to score and how you’re going to survive in their conditions.” 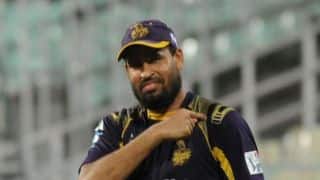 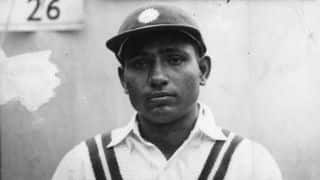