After being cleared from the street-brawl case in December, Alex Hales started playing for England from the ODI series against Australia.

After being cleared from the street-brawl case in December, Alex Hales started playing for England from the start of the ODI series against Australia. Hales has played three matches from the five-match ODI series so far. He even notched up a fifty in the second ODI. Upon clearing the charges related to street-brawl case, Hales had expressed his disappointment on missing the 2017-18 Ashes series in December. Hales, however, still has to face the cricket disciplinary commission hearing once Stokes case has been resolved.

Hales in an interview with mirror.co.uk admitted it was life changing lesson for the opener. Hales is also awaiting Stokes return in the squad, who is currently allowed to play international cricket and in the upcoming IPL until further notice.

It has been a massively difficult period

It s been a long few months. It has been a massively difficult period, but hopefully I can put that stuff in the past and now have eyes firmly on the future. In terms of going out in middle of a series, that is the lesson I have learned there from that incident. Looking forward that is not going to be happening again. It is about being responsible when you are on England duty. You have eyes all over you and that brings responsibility on and off the field. That is something I have learned over the last few months and responsibility on and off the field is something that will be coming into my game going forward.

It hurt massively at the time to miss two games for something that happened off the field. It is disappointing and it will make me enjoy my time in an England shirt a hell of a lot more moving forward. You need to cherish every moment you get on the field. Playing for England is a massive honour, especially with a World Cup coming up at home next year. It is up to me now to score as many runs as I can to try and keep putting pressure on the guys opening, he further added.

I am sure Ben will be hurting at missing games. He’s an incredibly proud guy and we are looking forward to welcoming him back in the squad.” 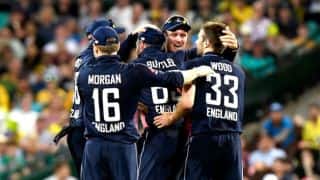 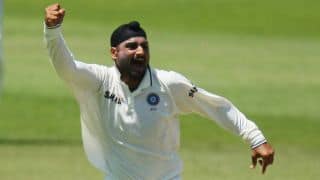 India should have travelled to South Africa earlier or camped at Dharamsala, believes Harbhajan Singh