Tino Best was the first one to ruffle the feathers. Alex Hales hurled a humorous reply, further adding fuel to the fire.

Tino Best and Alex Hales were involved in banter after England beat West Indies in the first of the five-ODI series. Best was the first one to ruffle the feathers. Hales hurled a humorous reply, further adding fuel to the fire.

Hales could not hold himself back, replying after the match was over.

I faced you in 2010 mate in your peak. You literally couldn’t land it on the cut strip #90mphDross https://t.co/98QbdiygTp

Hales now was boasting of his humour.

Was a wide longhop to be fair, unsurprisingly.

That hurt the big lad.

@AlexHales1 u sure I couldn’t land it on the strip ??? Or you was running to square leg bud ?? Pull up score card

Hales came back with a proof, quipping with one his best replies.

I nearly ran to deep square leg as the one bumper you bowled hit someone in the crowd https://t.co/nNIjLk0Tha

And Best sportingly accepted that he was behind the race.

8 an over is a blinding day at the office for you though! #rightarmboundaries

With a barrage of unnecessary emoticons, Best gave his all to end the conversation and call it a day. Eventually, Tino hales Alex as the best humourist.

Englishmen anyway are best with banters. Tino should have known. 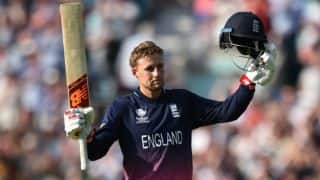