Knight feels that Hales could use this season as a launch pad to further his career.

Alex Hales has emerged as a star in the World T20 Blast tournament and might secure a spot in England’s World cup team. Hales has recreated himself as a major international match-winner by scoring England’s first ton against Sri Lanka in the T20 Tournament, but has always been left out of the World Cup squad due to the test class abilities of the other players at the top.

According to the Mirror, former cricketer Nick Knight believes that he has a chance this time if he builds on his caliber that he created in the past. He said that Hales is currently the center of attention and how he reacts to the upcoming T20 blast will reassess his temperament in the minds of the selectors.

Knight feels that Hales could use this season as a launch pad to further his career. “The guys who bat in the top three in one-day cricket have to be top class international batsmen,” said Knight.

“The days of the pinch hitter have gone. People might point to [Shane] Watson and [David] Warner of Australia but they are high class Test match players. [Aaron] Finch has also got an excellent technique and is a great example to Alex Hales, who could still force his way into the team. This is Hales’ chance to show what he can do and build on what he did at the World T20. From the T20 Blast he can go on to the 50-over competition and really make a name for himself as a one-day and short form cricketer. He has to knock the door down and make the selectors sit up and take notice. I really like the look of Hales. He played a fabulous innings in Bangladesh, but now he has to go again and show it wasn’t just a one off. He is a special talent and I want to see him go on to another level. He will have a lot of eyes on him in the T20 Blast and how he reacts to it will tell us a lot about him and his temperament,” said Knight. 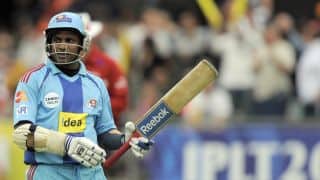