Surrey had given themselves a chance after winning the toss and choosing to bat, posting 297 for nine in their 50 overs, inspired by an unbeaten 144 for opener Mark Stoneman.

Alex Hales smashed the record for the highest score in an English county final with a sensational unbeaten 187 to lead Nottinghamshire to a four-wicket win over Surrey and lift the One-Day Cup at Lord’s. Surrey had given themselves a chance after winning the toss and choosing to bat, posting 297 for nine in their 50 overs, inspired by an unbeaten 144 for opener Mark Stoneman. But Stoneman was outshone by Hales as he faced 167 balls and smashed 20 fours and four sixes on the way to breaking Geoffrey Boycott’s 1965 county final record of 146. That allowed Nottinghamshire to reach their target with four wickets and just over two overs to spare.

Combining technical precision with brazen power-hitting, Hales secured his century in just 83 balls with Nottinghamshire 134 for four. He was then ably assisted by captain Chris Read, who scored 58 batting at seven to help Notts over the line in what was probably his last outing at Lord’s as he prepares to retire.”It was absolutely phenomenal. What we witnessed today was very, very special,” said Read of Hales’ performance. Neither Hales nor Stoneman were included in the England squad announced on Saturday for the upcoming first Test against South Africa, but each sent a timely message to Joe Root and the selectors.

Both could have been removed early after Hales was dropped by Ollie Pope on nine and Stoneman by Steven Mullaney on 32, but it was the former’s awesome display, eclipsing his previous career-best of 171 for England last year, that inspired Nottinghamshire to reach their 298 target. One man who was included in the England squad was Stuart Broad, and the fast bowler was passed fit to play for Notts after a heel problem, although he finished with figures of 0-51. Team-mate Samit Patel was the leading performer with the ball, taking 3-51.

Surrey, for whom Kumar Sangakkara was their second-top scorer with 30, have now lost three successive finals in this competition after defeats to Gloucestershire in 2015 and Warwickshire last year. Australia A likely to boycott South Africa tour if MoU not signed; senior team's tour to Bangladesh and India under threat 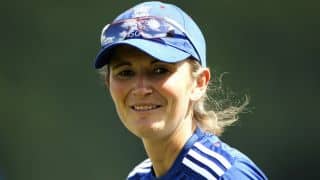