The Cricket West Indies (CWI) has made some changes to the coaching and support teams for the current squads with an aim to "ensure that the Windies qualify for the ICC World Cup 2019 and defend the ICC Women's World T20 title."

Barbados: Former South African pacer Alfonso Thomas has been appointed as the new bowling coach of the West Indies men’s team. The Cricket West Indies (CWI) has made some changes to the coaching and support teams for the current squads with an aim to “ensure that the Windies qualify for the ICC World Cup 2019 and defend the ICC Women’s World T20 title.” Thomas has held specialist roles in the UK with Somerset and Kent as well as with franchises in Australia and Bangladesh. He has represented South Africa in a sole T20I in 2007 but has played in the IPL, BBL and the BPL, with 263 T20 wickets to his name.

Meanwhile, the CWI has also appointed former Windies leg-spinner Rawl Lewis as team manager. Lewis has previously served as the operations manager of the team for the successful World T20 campaign in 2016. Director of Cricket, Jimmy Adams, congratulated the new appointees and said, “We are focused on improving team performance, as well as broadening and deepening the coaching expertise in the region. We know we’ve got vital games and tournaments this year and we’re confident that these appointments will strengthen the Windies squads for this year and our future plans.”

The other new additions to head coach Stuart Law’s crop are team physio David Kershaw and strength and conditioning coach Corey Bocking. In relation to the specific changes Johnny Grave, CWI Chief Executive confirmed, “Joel Garner has agreed to become an Ambassador, supporting the fundraising IT20 match at Lord’s at the end of May and helping us launch the Windies Foundation planned for later this year. Ronald Rogers will remain in the region working with Alzarri Joseph on his rehabilitation programme following his stress fracture.” 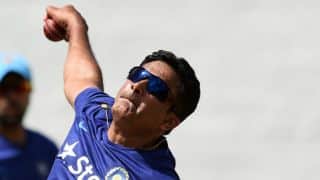 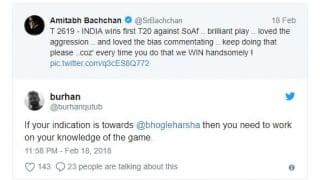