CSA board is scheduled to meet in June to approve the nation's new Test captain.

Former South African captain Ali Bacher has said that the team’s current One Day International (ODI) squad captain AB de Villiers should be given the reins of the nation’s Test team, with Faf du Plessis being appointed as vice-captain.

De Villiers, Du Plessis, batsman Hashim Amla and all-rounder JP Duminy are reportedly being considered as the only candidates to fill the spot of Test skipper, which has been vacant since South Africa’s Graeme Smith retired from international cricket last month.

However, Bacher feels that the decision is clear-cut and said that he would give De Villiers the captaincy and appoint Du Plessis as vice-captain, Sport24 reported.

The former skipper said that as a combination, De Villiers and Du Plessis complement each other well and that their leadership qualities would be terrific for South Africa.

Bacher also said that both the cricketers are good leaders, with De Villiers being a dynamic, enterprising, enthusiastic and the best all-round batsman in the world today.

Meanwhile, Bacher said that Du Plessis is quieter on the field, possesses big match temperament, is focused, determined and has the ability to retain his cool.

The Cricket South Africa ( CSA) board is scheduled to meet in June to approve the nation’s new Test captain ahead of their next assignment, which would be a two-match Test series in Sri Lanka in July, the report added. 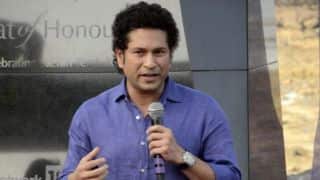 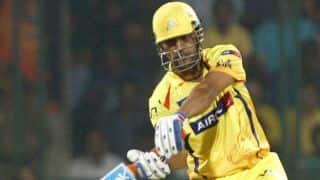