Former South Africa cricketer and administrator Ali Bacher on Sunday expressed his disappointment over the tensions between the Board of Control for Cricket in India (BCCI) and Cricket South Africa (CSA), which may result in India’s truncated tour of South Africa towards the end of the year. 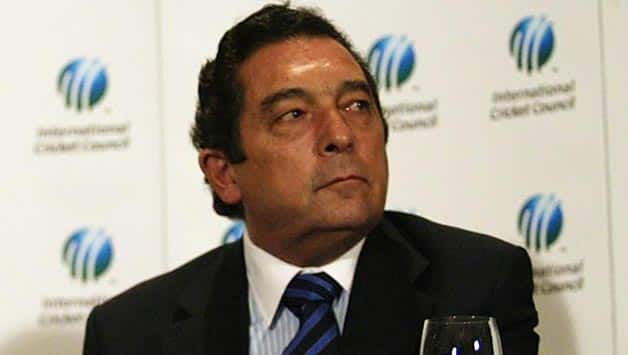 Former South Africa cricketer and administrator Ali Bacher on Sunday expressed his disappointment over the tensions between the Board of Control for Cricket in India (BCCI) and Cricket South Africa (CSA), which may result in India’s truncated tour of South Africa towards the end of the year.

The BCCI has all but cut short the tour of South Africa by scheduling a home series against the West Indies, providing Sachin Tendulkar an opportunity to play his 200th Test in front of the home crowd, and have scheduled an early tour of New Zealand next year.

The move comes after Haroon Lorgat, the former chief executive officer of the International Cricket Council (ICC), was appointed as the head of CSA. The BCCI did not like certain measures taken by Lorgat while he was the ICC chief and it wasn’t in favour of him taking up the new responsibility.

Bacher recalled the days when Jagmohan Dalmiya-led BCCI helped in South Africa’s return to international cricket in the early 1990s, and how the Indians helped in the African nation’s comeback.

Bacher wrote about his disappointment in a column in the Hindustan Times, “It pains me that relations between the cricketing boards of India and South Africa have hit such a low. We were really close when I was heading South African cricket in the early 1990s.”

“Let me explain how it all began. In the 1980s, when I was in Australia, I met with David Richards — the CEO of Australian cricket at the time. We were isolated but I got to speak to him and then kept him updated on the political developments in the early 1990s.”

“I developed a really good relationship with a leader of the African National Congress (ANC), Steve Tshwete. He indicated that there were going to be political changes in South Africa, especially with Nelson Mandela’s release from jail. In 1991, after the unification of the two cricket boards in South Africa, we made an application for readmission,” he wrote.

He added, “And leading into an ICC meeting, Richards suggested I phone Dalmiya, the BCCI secretary. The end result was that BCCI agreed to propose a series against SA. It was tricky because in 1948 when the National Party first came to power through apartheid, the Indians were the first to leave South Africa.”

“So, we went to London for the meeting and the National Party was still in power. Two days before the voting in London (on our reinstatement), Dalmiya called. ‘The Congress Party in India is not happy with BCCI’s decision, you must get someone from the ANC to speak to the Congress Party,’ he said. I rushed to Tshwete’s hotel room and woke him from sleep.”

“He later became minister of sports in Mandela’s government. I went into my room and called Madhavrao Scindia, the BCCI president and a leader in the Indian Congress. I told him that a member of the ANC wanted to speak to him. They spoke for 15 minutes and the series was on. We had won,” he recalled.

Bacher also spoke about the financial might of the BCCI, saying it was the South Africans who made the Indian board realise the possibilities.

“When we came to India in November 1991, I told Dalmiya, ‘there is such unbelievable interest in South Africa, we have to televise the game there too’. At that time, Doordarshan televised cricket in India and it was all done for free. We immediately offered BCCI a quarter million rands to get the feed for South Africa. That was when Dalmiya realised the potential of Indian cricket. In many ways, we were responsible for that,” he wrote.

Bacher concluded, “What we must realise is that when we made our comeback, there was still no democracy. And yet the BCCI and ANC backed us. I hope history teaches administrators the lessons they need. Whatever is happening today between Haroon Lorgat and BCCI must end.”

Fawad Ahmed jersey issue: Playing for the country is about donning the team’s colours and not the sponsor's