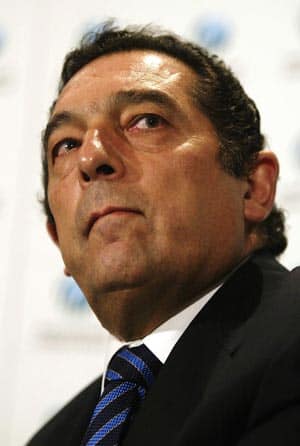 “It’s no more about bat and ball. It’s about corporate governance, marketing, people who have experience in investment and evaluations and people who have had international business dealings,” Bacher told the daily The Star.

Bacher was commenting on how the embattled Cricket South Africa (CSA) could be changed in the wake of the current investigation into its financial affairs ordered by sports minister Fikile Mbalula.

The committee headed by retired judge Chris Nicholson is expected to have its report ready by the end of next month.

Bacher was one of the many people who had testified at the inquiry into the financial irregularities sparked off by chief executive Gerald Majola paying himself and other CSA staff huge bonuses for IPL 2 which was hosted in South Africa in 2009 due to security concerns in India.

Bacher believes the principles of the sweeping changes that are about to be introduced by Cricket Australia (CA) could also be used by CSA.

The biggest change in Australia is the reduction of the current 14 board members to just nine, not necessarily representative of all state cricket unions but rather directors with business acumen.

Bacher cited his own case when he headed up the then United Cricket Board of South Africa (UCBSA), where five of the ten-member board were from cricketing backgrounds and the rest businessmen, accountants and educationists.

“The expertise brought by those five in addition to our five cricketing people was the best board I have served on,” Bacher said.

The current board of CSA, the successor to the UCBSA comprises 20 members, of which most just have experience of administering clubs at provincial or local level, rather than the workings of a massive organisation that last year showed a profit of nearly Rand 300 million.

Bacher felt the sponsors who have been shying away from CSA in the wake of the bonus debacle will also return if there was good corporate governance at CSA because they would be confident of the game being in good hands.

During his testimony to the inquiry, Majola had admitted to not knowing enough about his corporate governance duties as required of the Companies Act, which an independent inquiry by auditors KPMG had found him to have breached. (PTI)