Former New Zealand international and one of the early pioneers of T20 cricket, Brendon McCullum, won’t be featuring in the Indian Premier League for the first time since its inaugural edition way back in 2008, when he lit the tournament alight with a blazing 158* off 73 balls against Royal Challengers Bangalore in the opening match of the tournament, but the 37-year-old isn’t really ruffled with the snub.

“That’s the way things go sometimes. I’ve been very lucky, I’ve had 11 seasons in the IPL and at some stage you need to transition away from the playing stuff,” McCullum told Radio Sport, as reported by tvnz.co.nz.

“All good things must come to an end, and I was very delighted to see some of the Kiwi boys got picked up. I’m certainly not too worried about it; it’s the way the game goes sometimes. I certainly wish the other boys all the best and you never know, you just never know what might unfold in the future,” he added.

The IPL 2019 auctions saw a total of 60 players being sold out of which two New Zealand players earned new IPL contracts with Martin Guptill being signed up by Sunrisers Hyderabad late in to the auction for a base price of rs 1 crore, while pacer Lockie Ferguson was picked up by Kolkata Knight Riders for Rs 1.6 crore from a base price of Rs 1 crore.

Nine New Zealand players were retained by the franchises earlier on. 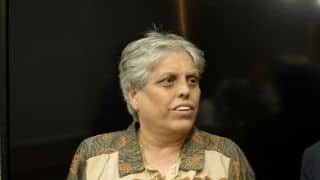