Christian stated 'casual racism' is prevalent in Australian cricket and revealed he has been subject to jokes about his colour of skin.

Racism in Australian cricket is ‘not in your face but it is definitely there’, says former all-rounder Dan Christian as he opened up on the raging issue. Christian stated ‘casual racism’ is prevalent in Australian cricket and revealed he has been subject to jokes about his colour of skin. Players and teams across sports have come together, supporting the Black Lives Matter movement and demanding lawmakers to address racial injustice following the killing of American George Floyd — an unarmed Black man — by a police officer in May.

“I think (racism) is an issue in Australian cricket,” Christian said on Cricket Connecting Country, a panel discussion commissioned by Cricket Australia about issues of race in the sport and Australian society.

“I don’t think it’s as in your face as you might see elsewhere around the world or even elsewhere in Australian culture, but it’s definitely there.

“It’s more of a casual racism. Little throwaway lines here and there that are made to be jokes. And a lot of that, for me personally, has been around the colour of my skin and the fact that I don’t look aboriginal, whatever that means. That’s the most noticeable thing for me.”

The 37-year-old, who has played 19 ODIs and 16 T20Is for Australia, said eduction is the key to addressing the issue. “We just need to educate ourselves and encourage others around us to educate themselves,” he said.

“And part of that education is calling it out and having the guts to call it out. That’s the hardest thing; to not just let it go and pretend it didn’t happen.

“Confront someone when you hear about it and encourage your friends and people around you to call it out as well.”

Following the global outrage against racism, a lot of former and current players have opened up on the issue.

“I’ve received a lot of messages in the past few months from people I’ve played with and against that have said ‘sorry if I’ve ever said anything to you that you’ve been offended by’,” said Christian, one of just six indigenous people to play for Australia at international level.

“(The messages said) ‘I’d love to know some more about your personal story, your family story, things that I can do in the community that I can try and help out’.

“So from that perspective, I think it’s been a wonderful thing to have happened, to be able to have that conversation and for people to want to make a change.”

England and the West Indies cricketers had recently sported a BLM logo in their shirts and also took the knee during the four-Test series, which saw resumption of international cricket following the coronavirus-forced hiatus.

Yuvraj Singh Decides to Come Out of Retirement, May Play Domestic Cricket For Punjab in Upcoming Season | Report 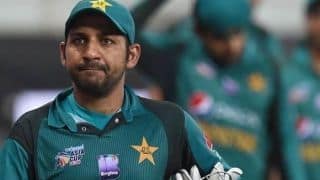