Former India international Farokh Engineer has slammed the current BCCI selection committee questioning their credentials and stature and instead advocating for the likes of Dilip Vengsarkar to be part of the panel.

Engineer, who played 46 Tests and five ODIs between 1961 and 1975, feels the presence of a strong-headed Virat Kohli has ensured selection isn’t a worry. “We have got a Mickey Mouse selection committee,” Engineer told The Times of India. “Virat Kohli has a major impact (in the process) which is very good. But how are the selectors qualified? Between them, have they played about 10-12 Test matches. I didn’t even know one of the selectors during the World Cup and I asked him ‘who the hell he was’, because he was wearing the India blazer and he said he was one of the selectors. All they were doing was getting Anushka Sharma (Kohli’s wife) cups of tea. I feel people with the stature of Dilip Vengsarkar should be in the selection committee.”

He was also critical of the Supreme Court-appointed Committee of Administrators (CoA) to run BCCI’s day-to-day affairs whose reign ended earlier this month. “They (CoA) had no idea about cricket. (Diana) Edulji has played a little cricket but you need somebody who has knowledge of Test cricket, international cricket, international matches. The intention was good from the Supreme Court and the Lodha Committee, but the implementation wasn’t done properly. It was a very very wrong choice of people (appointed in the COA).

The CoA was headed by former Comptroller and Auditor General of India Vinod Rai. 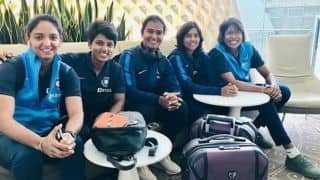