The panel suggested by BCCI has run into rough weather.

The panel suggested by the Board of Control for Cricket in India (BCCI) to look into the Indian Premier League (IPL) spot-fixing scandal has run into rough weather as all the three members of the proposed committee reportedly have conflict of interest in the issue.

As the board will present their plan at the hearing on Tuesday to the Supreme Court, the latest twist may add to the mounting reasons that are thorns in the flesh of N Srinivasan. It will also be a major boost to rival group said to be headed by Sharad Pawar.

Justice Jai Narayan Patel, one of the panel members, has reportedly admitted that “he and (interim BCCI president) Shivlal Yadav are brothers-in-law”. This has come only hours after Pawar questioned not only Justice Patel to ‘come clean’ on his reported links with Yadav but also questioned the presence of Ravi Shastri — a strong votary of Srinivasan — in the panel, citing conflict of interest.

The third member in the probe panel — ex-CBI director RK Raghavan — has been in the scanner for being the secretary/owner of the Kamyuth Club, which has voting rights in the Tamil Nadu Cricket Association (TNCA), headed by Srinivasan.

The bigger question is: Why did BCCI’s 24-member executive committee endorse three names, which they knew could embarrass the cricket body? The answer is not difficult to find.

According to a senior BCCI official present in the meeting, “Srinivasan doesn’t want himself to be sidelined ahead of his upcoming term as International Cricket Council’s chairman. He is convinced that it would only be possible if he gets some relief from the inquiry panel, howsoever. So, he is doing everything to stay afloat and to have a chance to head the world body. BCCI is all about money, we all know. But let me tell you that it’s high time to probe not just Srinivasan but all the top officials associated from different regions who have made big bucks by siding with one person or the other ever since IPL has brought in big money into the game.”

Pawar came out openly, even while in the midst of his hectic election campaign, to declare all-out war against Srinivasan.

Petitioner Aditya Verma said that he will question the presence of Shastri in the inquiry panel. “The Hon’ble court will decide upon the names of the inquiry panel. The apex court gave BCCI a chance to come clean and form a ‘clean panel’, but the way the Board has suggested names without taking everyone in confidence, it certainly looks as if some of the members are in hurry and acting on someone’s command,” Verma told DNA.

It must be mentioned here that the Court is expected to consider the suggestion by BCCI and pass orders on the future course. 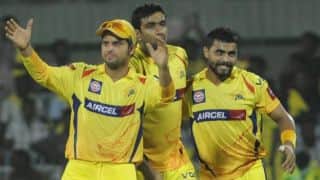