The Congress party has also demanded Arun Jaitely's resignation as Finance Minister till the probe against him concludes.

New Delhi: Finance Minister Arun Jaitley on Wednesday refused to respond on corruption allegations levelled against him by the Congress and Aam Aadmi Party (AAP), dubbing them “vague and without basis”. “What is the specific allegation? I can’t answer vague allegations without any basis,” Jaitley told the media. Alleging financial irregularities in the Delhi and District Cricket Association (DDCA) which Jaitley once headed, the Congress demanded a Joint Parliamentary Committee probe (JPC). It asked Jaitley to resign as minister till a probe into the DDCA was completed. The AAP also asked Jaitley to quit, saying the CBI raided the Delhi Secretariat on Tuesday to derail a probe by the Delhi government into the DDCA. READ: Congress demands JPC committee to look into irregularities; asks Arun Jaitley to step downas Finance Minister

“The Congress demands that Jaitley’s tenure as DDCA chief and his team’s gross financial irregularities in the cricket body should be inquired into by a Joint Parliamentary Committee (JPC),” said former Sports Minister Ajay Maken.

Leader of Opposition in the Rajya Sabha Ghulam Nabi Azad and Leader of the Congress party in the Lok Sabha Mallikarjun Kharge were also present at the press conference held in the Parliament House complex. Maken, a former union sports minister, said there was “no hope of a fair probe till Jaitley was the finance minister” and demanded his resignation till the probe was completed. READ: DDCA rubbishes allegations of “gross financial irregularities” on former chief Arun Jaitley

Maken said the power to order an inquiry in Delhi rested with the Lieutenant Governor of Delhi. He said Kejriwal should have instead favoured a court-monitored CBI probe into the issue or registered an FIR. “His [Kejriwal’s] intention was not to act into the serious allegations of irregularities in the DDCA,” Maken said. 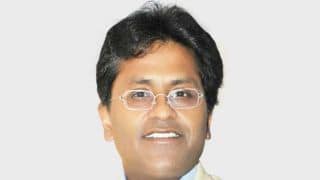 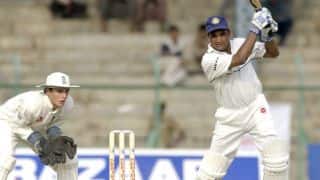