Alviro Petersen will open the batting for South Africa with captain Graeme Smith in the third and final Test against Sri Lanka starting at Newlands on Tuesday. 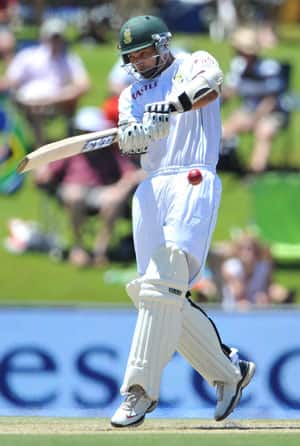 Alviro Petersen will open the batting for South Africa with captain Graeme Smith in the third and final Test against Sri Lanka starting at Newlands on Tuesday.

Smith also announced Monday that fit-again Vernon Philander would replace fast bowler Marchant de Lange despite De Lange taking seven for 81 in the first innings on debut during the second Test in Durban.

Jacques Rudolph, who opened in the first four Tests of the summer, against Australia and Sri Lanka, will move to number six to replace Ashwell Prince, who has been dropped.

Smith said South Africa needed to bounce back after Sri Lanka won the second Test by 208 runs to level the series.

“It’s been a pretty tough time,” he said. “You know you’ve let yourself and a lot of people down through not performing to the standards you are capable of.

“As a team it’s about bouncing back and getting it right over the next five days.”

Sri Lanka captain Tillekeratne Dilshan had a look at a green-tinged pitch when his team arrived after rain kept the South African indoors during the morning but said his fast bowlers were as well equipped to take advantage of conditions as the South Africans.

“Our fast bowlers have done a great job throughout the series,” said Dilshan. “I am looking forward to their performance on this wicket.”

Dilshan said Sri Lanka had won the second Test because they adhered to a game plan.

“We will stick to basics and try to finish strongly,” he said.

Dilshan said he was confident wicketkeeper Dinesh Chandimal, who hit two half-centuries on debut in Durban, would be fully recovered after being hit on the elbow in the nets Sunday.

There was a slight doubt about fast bowler Dilhara Fernando, who was suffering knee pain. He said Dhammika Prasad would be considered for a fast bowling berth.

The South African captain said he could not fault the preparation of the players.

“Mentally, maybe we can be a bit stronger. We’ve had some good chats about areas where we think we have been poor.

“We can play a lot tougher cricket than we played in Durban. We can make Sri Lanka earn a few more things than what they did in Durban.”

Rain prevented the players from practising outdoors Monday and he pitch was under cover when Smith was at the ground.

“I had a look yesterday (Sunday) and it looked ready to play on.”

He said it seemed to be drier than the surface on which Australia were bowled out for 47 earlier in the season in a Test which South Africa won inside three days.

Smith said South Africa were looking forward to a good 2012 after dropping to third in the official Test rankings. It will be a testing year for the Proteas, who have away series against New Zealand, England and Australia.

“I really believe we deserve to be at the top with the quality we have and the results we have had around the world in the last few years,” said Smith.
“We need to step it up but we know we have the capability to do that. In the next year we’ve got those big challenges and I believe we can compete, starting tomorrow.”

Smith said the return of Philander would bring “more structure” to the South African attack. He said De Lange had responded well to being left out.

“I think he understands where he fits in at the moment. He’s growing every day as a cricketer. He’s got a taste of it now and he wants to win that spot back.” (AFP)