Gill has interacted with Kohli who has advised him to continue with his approach and target consistency.

Shubman Gill has been projected as the next big thing in Indian cricket having received the backing from the likes of Virat Kohli and Rohit Sharma.

While Kohli said he wasn’t even 10 percent of what Gill is having witnessed the Punjab cricketer during a net session when he was 19, Rohit termed him as the ‘future’ while replying on a birthday wish post on Twitter.

So is does feel weighed down by the expectations?

“Yes, it’s definitely an advantage when your captain wants you to go all in and there is no pressure. You won’t feel that there is one per cent of your game that would be left when you are on the field so it’s always good for the young players when the captain backs you,” he added.

Gill rose to fame playing a starring role in India’s U-19 World Cup title win in 2018 and was also chosen as the player-of-the-tournament. Since then, he has long been touted as the future of Indian cricket alongside Prithvi Shaw.

He has interacted with Kohli who has advised him to continue with his approach and target consistency.

“I have interacted with him a couple of times. He just tells me to keep doing stuff that I am already doing and to have consistency on the field. Consistency is an important factor,” Gill revealed.

With cricketing world coming to a standstill due to the coroanvirus pandemic, Gill is eagerly looking forward to playing again, especially the IPL.

“Yes, that’s one more reason I am looking forward to playing the IPL. But I think this time all the players would be more motivated than ever because it was a long break and coming back from the break everyone would want to make an impression,” he said.

“Also, earlier when we used to come to the IPL, there was a lot of cricket going on before that. But this time, players would be fresh and keen to get on with it,” he added.

While having to remain indoors without much of an activity must be a difficult phase for any athlete, Gill has utilised this period to work on his fitness.

However, the time away means, Gill says, one will have to work harder to get back into the rythm.

He continued, “We have to put in some quality time on the field, especially during the practice sessions and net sessions. Once that happens for me it’s always more of a mental thing than a physical thing because I think the body reacts to the brain and reacts to the way we are thinking.” 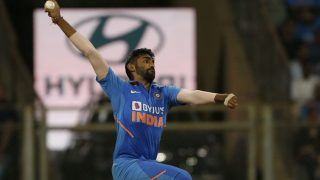