Australia's Alyssa Healy on Thursday broke the record for scoring the most number of runs by a wicket-keeper at Women's T20 World Cup.

Australia’s Alyssa Healy on Thursday broke the record for scoring the most number of runs by a wicket-keeper at Women’s T20 World Cup.

She achieved the feat against Bangladesh in the ongoing World Cup at Manuka Oval in Canberra.

She has recorded 22 dismissals so far in T20I World Cup and her knock of 83 against Bangladesh is highest by any keeper.

Earlier today, Australian opening pair Alyssa Healy and Beth Mooney scripted the highest ever partnership record for the side in T20I.

Healy and Mooney stiched a record-breaking stand of 151-run against Bangladesh in the ICC Women’s T20 World Cup at Manuka Oval in Canberra.

The duo broke the earlier 147-run record of Kate Blackwell and Karen Rolton that was made in 2005. With the help of record-breaking stand between Healy and Mooney, Australia defeated Bangladesh by 86 runs in ICC Women’s T20 World Cup.

Chasing 190, Bangladesh had the worst start possible as the side three top-order batter in quick succession, reducing the side to 26-3 in six overs.

Bangladesh team continued losing wickets and ended their innings at 103-9, handing 86 runs victory to Australia. Earlier, after opting to bat first, Australia posted a huge total of 189 runs in 20 overs. 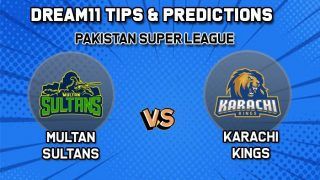