On his international debut, Aminul claimed 2/18 against Zimbabwe at Chattogram on Wednesday.

Shortly after being names in Bangladesh‘s squad for the final two T20Is of the Tri-nation tournament, Aminul Islam experienced a fine debut. The 19-year-old batting allrounder, in his maiden international match, claimed 2/18 against Zimbabwe at Chattogram on Wednesday as Bangladesh won the match by 39 runs.

With a successful debut behind him, Aminul reveals how representing Bangladesh was a dream come true for him. It is to be noted that Aminul’s selection was a result of Bangladesh’s continued trend of surprise picks. He is yet to play a single match in the Bangladesh Premier League and the selectors went with him after they saw him bowl in the nets and were left impressed.

“It is a dream for every player to play international cricket and I am feeling very proud as I could play with my childhood heroes. When I got the chance to bowl, I was a little bit nervous, but Shakib bhai told me to bowl the way I normally do. Later, Riyad [Mahmudullah] bhai and Mushfiqur bhai also supported me and told me to bowl in the right areas,” Aminul said.

“Actually, from the start of my career and while playing at age level groups, I used to bowl. There was a gap (when I couldn’t bowl) as I had sustained a shoulder injury during the DPL and I stopped bowling. When I came to the High-Performance Unit, I started to bowl as my shoulder got better, and in the camp, Simon Helmut helped me with my bowling. Before that I worked with Wahidul Gani and Sohel (Islam) Sir. I take advice from both Wahid Sir and Sohel Sir to improve my bowling and try to follow their instructions.”

Aminul picked up a wicket off just his third ball of the match when he had Tinotenda Mutombodzi found a loft to long-off, but it was his second strike which was even more special. He trapped a well-set Zimbabwe captain Hamilton Masakadza, getting him out LBW as the batsman failed to read the flight and dip on the ball. He even took a blow to his hand which resulted in the 19-year-old receiving three stitches.

“Masakadza hit a ball straight at me and I wanted to save that and it hit me on my hand. There are three stitches on my hand, but I am feeling better now and the pain is much lesser. I will follow the physio’s instructions,” he said. “I have seen what previous legspinners have done and I will try to control myself and improve day-by-day, match-by-match; rather than trying too many things.” 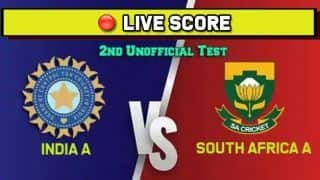 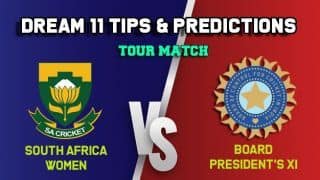