BCCI's acting secretary Amitabh Choudhary has said that the USD 400 million offer presented by the ICC before India is "far less than what the country deserves".

Mumbai: BCCI‘s acting secretary Amitabh Choudhary has said that the USD 400 million offer presented by the International Cricket Council (ICC) before India is “far less than what the country deserves”, seeing BCCI’s contribution to global cricket revenues. “Because it is far less than what India deserves fairly,” ESPNcricinfo quoted Choudhary as saying to a leading daily when asked why he did not agree to the settlement deal. The BCCI secretary contended that the Indian market contributed 70 percent of the global cricket revenue and, therefore, it was natural for India to get the lion’s share. “Why do you forget that a disproportionate share of revenues to cricket comes from India? It’s very easy and misleading to say that India is getting a disproportionate share,” he said. BCCI to send ICC show cause notice?

“The facts are that over 70 per cent of cricket’s revenue world over comes from the Indian market. That [the $293 million offered by the ICC] is not even close to the contribution that India makes,” he added. The ICC on Thursday abolished the ‘Big Three system’ and approved a new financial model after its meet in Dubai, under which the BCCI will receive 293 million dollars from 2016 to 2023. Previously, the board was drawing an amount of 570 million dollars due to its ‘ Big Three’ formula. Shahryar Khan: Big Three an undemocratic set-up

This might not have gone down well with the Indian board as the new model eats into its share. ICC independent chairman Shashank Manohar had initially offered a compromise formula of an additional 100 million dollars, which would push the BCCI’s share to almost 400 million dollars. However, BCCI rejected this with a counter-offer under which it would still get its 570 million dollars but no other full member’s share would be reduced. BCCI unhappy with ICC’s revised revenue model, says C.K. Khanna

Manohar, had in February while presenting the finance model for the first time, had said the basic premise was to allow every member country to get an equitable share. To which the BCCI had objected, saying it could not accept the finance model without any scientific basis. Choudhary further said that any decision on revoking the Members Participation Agreement (MPA) could only be taken by the BCCI, which has called for a special general body meeting (SGM) on May 7. 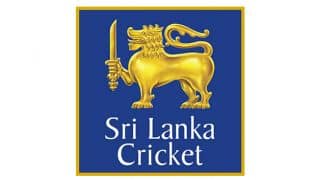