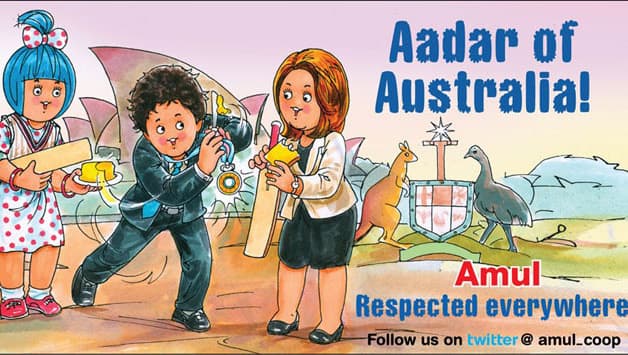 Amul earlier created a spoof on the Master Blaster s poor run of form, saying Sachin should ‘move his feet to eat .

Despite encountering political pressure on several occasions, daCunha’s agency has made it a policy of not backing down.

Amul girl was created as a mascot as a rival to the Polson butter girl.”Eustace Fernandez (the art director) and I decided that we needed a girl who would worm her way into a housewife’s heart. And who better than a little girl?” says Sylvester daCunha. And so it came about that the famous Amul Moppet was born.