Andre Russell and David Miller have signed up as the 'icon players' for the inaugural season of the UAE T20x which starts on December 19 later this year.

The duo have signed up as the ‘icon players’ for the inaugural season of the UAE T20x which starts on December 19 later this year. The league had already roped in South Africa s AB de Villiers as the global ambassador for the tournament, which is aimed at developing cricket in the United Arab Emirates region.

Talking about the signing Miller hoped that the league would help develop players from the region similar to how he came up in a cricket crazy country like South Africa.

I grew up in a country that is crazy about cricket, and it meant there were a lot of opportunities to learn and develop as a player, he said adding Not only will UAE T20x be an amazing spectacle for fans to watch, but it has the potential to inspire a new generation of players who will help grow the game across this region.”

Russell said: UAE T20x has to be one of the most exciting and entertaining tournaments to launch in a long time. I m really looking forward to seeing it all come to life this December.

Russell and Miller are two of the five icon players who will feature in the league. It was earlier reported that the chief executive, Salman Sarwar Butt, of the UAE T20 league has reached out to Steven Smith and David Warner to sign for the league. Butt has expressed hope that the development agenda of the new league will help convince the two Australian players to give it a try. 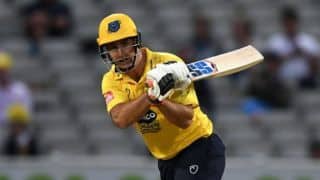 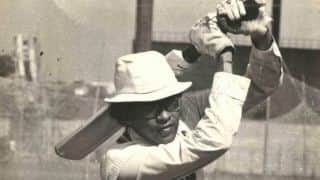