On the doctors’ advice, Russell returned to the team hotel to rest. The Tallawahs are hopeful he will return to action after a few days off.

The sight of Andre Russell being taken from the field on a stretcher having been struck on the back of the head by a Hardus Viljoen bouncer dominated St Louis Zouks first win of CPL 2019 on Thursday.

Russell was taken to hospital and given the all-clear after a scan. On the doctors’ advice, he returned to the team hotel to rest. The Jamaica Tallawahs are hopeful he will return to action after a few days off.

The incident happened in the 14th over when Russell, yet to open his account, backed away to a short delivery from Viljoen, who followed the batsman. Russell missed the ball and was hit on right ear. Russell dropped to the ground and the medial staff was summoned. Even though the Jamaican stood up and proceeded to walk, he was stopped and was the taken on stretcher with a neck brace on.

Later, Jamaica Tallawahs head coach Donovan Miller confirmed that Russell was taken to the hospital for further check up.

In the match, Jamaica went on to score 170/5, but the could not stop St Louis Zouks, from overhauling the total. For St Louis, Rahkeem Cornwall struck 75 off 30 balls to lead his team to their first win of CPL 2019.

St, Louis’ run-chase was a formality after the flying start provided by their opening pair, who put on 111 in just 52 balls, despite a late wobble as Oshane Thomas took three wickets in his final nine balls. 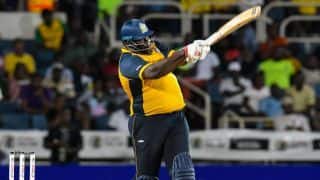 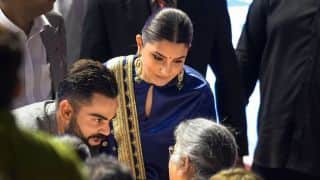