West Indies all-rounder Andre Russell says he expects his side to continue its winning ways against Bangladesh in the five One-day cricket Internationals and the Twenty20 International. 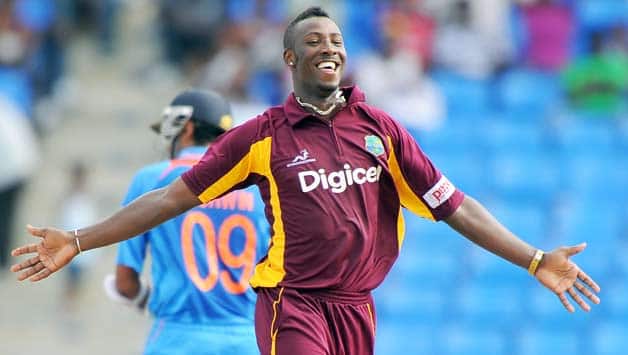 West Indies all-rounder Andre Russell says he expects his side to continue its winning ways against Bangladesh in the five One-day cricket Internationals and the lone Twenty20 International.

The fast bowling all-rounder is one of six players shipped in to help form the limited-overs side for the series beginning Friday, reports CMC.

The Windies scored a crushing 10-wicket win against Bangladesh in the second Test in Khulna Sunday, to seal the series 2-0.

“The confidence from winning the Test series will motivate us to do well,” Russell said.

“We hope to have a good start, winning the first one or two, and get the momentum going for the rest of the series.”

Russell, a member of the Jamaica team for the Caribbean Twenty20 tournament in January, says he is looking forward to the limited overs series as well as playing his debut match at the Sheikh Abu Naser Stadium.

“It is going to be a different environment, different type of pitches, so we will be looking to get used to this surface as soon as possible, particularly the players that have come in to the limited-overs squad” he said.

“I’ve played in Bangladesh before. I have played in the Bangladesh Premier League. But I have never played at the Sheikh Abu Naser Stadium; it’s my first time at this ground.”

Russell said he felt the limited-overs squad was well-balanced and there were players capable of performing in any conditions.

He said he still had ambitions of playing Tests for the West Indies adding that he was focussed on giving his all for the limited-overs side.

“Most of my games for West Indies have been ODIs and T20Is, so I just think that once I apply myself and continue to do what I have been doing so far for the team, I can’t go wrong,” he said.

“We have a number of good players, but if any day they don’t get it right, the captain can call me.”