If Russell is found guilty, then he will face the ban for two years from cricket.

The hearing of doping case involving the Caribbean all-rounder Andre Russell is expected to come out on January 31. The anti-doping tribunal will be looking into the matter and check whether Russell breached the World Anti-doping Agency (WADA) code for three times between January and July 2015. If Russell is found guilty, then he will face the ban for two years from cricket. As per WADA code, any athlete who misses three tests in 12 months will be considered to be failed in dope test. The charges on Russell were pressed by the Jamaica Anti-Doping Commission (JADCO) in March 2016.

As reported by ESPNCricinfo, JADCO stated that Russell had been negligent about filing his whereabouts despite several reminders over phone, email and through written letters. Russell failed to file his whereabouts on January 1, July 1 and July 25, 2015. In his defense, Russell told the tribunal that he had not been properly trained to file the whereabouts. Also, because of his busy schedule of playing cricket in various leagues across the globe, Russell had authorised an agent and travel agent to file the whereabouts on his behalf. The tribunal includes three members Hugh Faulkner, Dr Marjorie Vassell and Dixeth Palmer all former Jamaican cricketers. These three members were due to deliver the verdict in December but no reasons were given behind the delay. ALSO READ: Australian cricketers demand access to full CA finance records

The delay not just kept Russell, but also various T20 franchises across the globe waiting. However, despite not being the contracted player of West Indies Cricket Board, Russell is among the most valuable and sought after players in various T20 leagues. He currently represents Kolkata Knight Riders (KKR) in IPL, Dhaka Dynamites in BPL, Jamaica Tallawahs in CPL, Sydney Thunder in BBL, Islamabad United in PSL, etc. 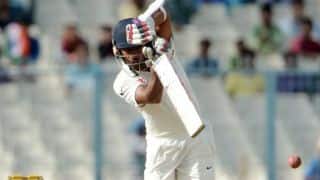