Former England all-rounder Andrew Flintoff replaced injured Kabir Ali for Lancashire in the T20 Blast Final against Birmingham on Saturday at Birmingham. He claimed the wicket of Ian Bell.

Flintoff made his comeback in July and claimed two wickets in his first county game since 2009 as Lancashire defeated Worcestershire in the Twenty20 Blast.

The 36-year-old retired from the sport in 2010 after his last domestic T20 appearance a year earlier, was not required to bat as county club Lancashire piled up 229-4 for the loss of four wickets, with Ashwell Prince scoring 68 off 43 balls.

However, he has only made two first-team appearances – part of winning sides in both – and has recently been struggling with a calf problem. 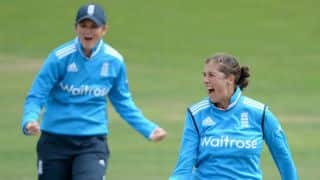