Gale is alleged to have referred to Prince as a 'Kolpak.'

Andrew Gale, the Yorkshire captain, has been charged by the England and Wales Cricket Board (ECB) for allegedly using racist language against Ashwell Prince, the Lancashire batsman. Prince and Gale were involved in an altercation during the Lancashire-Yorkshire match and it was alleged that the latter used language that was racially offensive. Prince hails from South Africa and was the first non-white cricketer to captain them in Test cricket.

The Telegraph reported that during the altercation, Prince allegedly had told Gale to  “f*** off” to his fielding spot. In reply, Gale allegedly said, “Well you can f*** off back to your own country you Kolpak f*****.” This was said to be insulting because the Kolpak rule allows foreign players to play county cricket with the status of a local player.

The ECB could put a Level 3 charge, which includes any insult directed to a player’s race, religion, ethnicity etc. Yorkshire are contesting it by claiming that it wasn’t racist by any means. Interestingly, the umpires in that match had reported the Yorkshire captain, but that was only for a lesser offence. 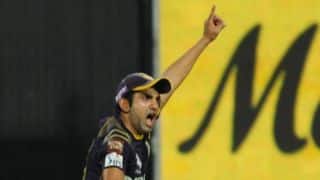