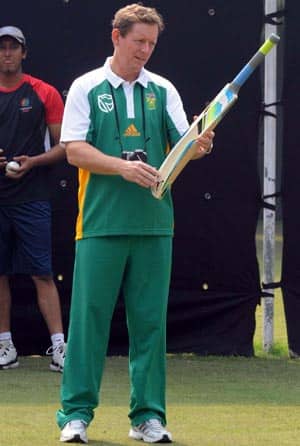 Shafiek Abrahams, who like Hudson represented the Proteas at the international level, has been retained on the panel, which is completed by the ex-officio appointment of Russell Domingo as the Proteas head coach.

The new panel will serve until the next 2015 ICC World Cup to be held in Australia and New Zealand.

“The Board felt the need for a stronger independent component to the selection committee,” said CSA Acting CEO Naasei Appiah.

“The previous panel had a majority of members who were employed by CSA. The national coach is the only voting member of the new panel who is employed by CSA. As part of their mandate there has to be a selector on duty at all franchise matches in all the different competitions,” he added.