McDonald made four Test appearances for Australia in a playing career that spanned 15 years.

The position has been vacant since David Saker, who nurtured the likes of Mitchell Starc, Josh Hazlewood and Pat Cummins, stood down in February.

Since then Langer has called on former team-mates such as Ricky Ponting and Steve Waugh to act as mentors around his squad.

Langer said McDonald, 38, would compliment the current coaching panel. “I have no doubt his all-round knowledge and man management skills will be a positive addition to our team,” he said.

“The coaching success Andrew has enjoyed around the world in a relatively short period of time is testament to his skill, dedication and knowledge of the game.”

He has also worked closely with a number of current Australian players, including Aaron Finch, Marcus Harris and James Pattinson, and coached in Britain and India.

McDonald made four Test appearances for Australia in a playing career that spanned 15 years. 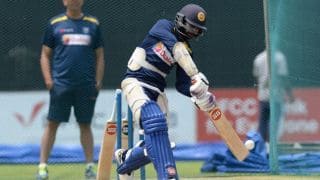 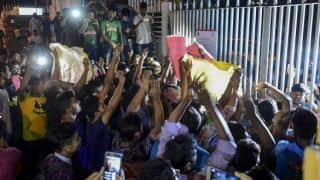