The former England captain says lack of trust in the team management led to his sacking.

Kevin Pietersen‘s England career was ended because of a total loss of trust between him and the team’s management, according to former captain Andrew Strauss.

The England and Wales Cricket Broad (ECB) announced the end of Pietersen’s association with England earlier this week, citing a need for a new “team ethic and philosophy” after the 5-0 Test series defeat in Australia.

The ECB is yet to fully explain its reasons for deciding to jettison Pietersen, but Strauss believes it was the inevitable consequence of a breakdown in trust.

“Without trust, the team environment is stillborn,” he wrote in British newspaper the Sunday Times.

“It is for this reason that Kevin Pietersen’s international career had to be brought to an end.

“The media have been searching for a ‘smoking gun’. Everyone is looking for disciplinary problems, bust-ups and character clashes, but they are looking for the wrong thing.

“The smoking gun is the total absence of trust.”

Strauss identified Pietersen’s dismissal as England captain five years ago as the beginning of the breakdown.

He also said that efforts to reintegrate the South Africa-born batsman into the team after he was found to have sent derogatory text messages about Strauss to opposition players were “a little like marriage counselling”.

On Pietersen’s role in the recent Ashes whitewash, Strauss added: “What happened in Australia from November onwards, when the heat of the furnace was fixed on the embattled side, was that old grievances came back to the surface. Past history weighed too heavily. Trust still did not exist.

“His relationship with English cricket has been like an illicit affair. Full of thrills and excitement, but destined to end in tears.” 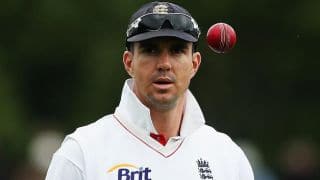