Zimbabwean great and celebrated former England coach Andy Flower deserves chunk of credit for resumption of international cricket in Pakistan. Flower will be the coach of the high-profile World XI side, whose players he handpicked, during a packed international calendar. The idea for the tour was proposed to Flower by ECB president Giles Clarke, who also heads ICC s Pakistan Task Team (PTT). ALSO READ: PSL can benefit Pakistan youngsters says Andy Flower

Initially I had to look at who was busy during this period of the year. And initially we didn t settle on the dates specifically so it was a little difficult working out exactly who was going to be physically available. Then I started having some phone conversations with players and agents, Flower told ESPNCricinfo, who also admitted that security remained the primary concern when it came to convincing players.

In general the response was very positive. Obviously these are professional cricketers we are dealing with and this is part of their profession but there s a deeper meaning to this tour and the players will really embrace the spirit with which the Independence Cup will be played. And I also believe they will be surprised and pleased by the reception they get from the Pakistani people, said Flower.

Flower was confident himself. He had a stint with Peshawar Zalmi in the first season of PSL and then his younger brother Grant has been the batting coach of Pakistan for over 3 years and there was high encouragement from there as well. I speak regularly with him (Grant) of course. But I ve also got some other strong connections. I coached England with Mushtaq Ahmed for a few years. And we became strong friends. And I also played cricket with Mohammad Akram and coached with him at Peshawar Zalmi. So I had very fond memories of Pakistan and some really good relationships with people from the country, Flower added. 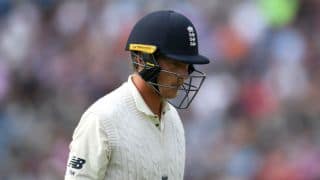