The shortlisted 21 applicants will also be giving their interviews on June 21 at Kolkata and announcement will made on June 25 by BCCI.

India’s former spin great Anil Kumble, is all set to face his former team mates for an interview regarding the head coach role on June 21. The process for selecting India’s next coach has caught up the speed as the announcement will be made anytime soon. With regards to the selection process, the Board’s high-profile Cricket Advisory Committee (CAC) consisting of former legends Sachin Tendulkar, VVS Laxman and Sourav Ganguly along with former BCCI secretary Sanjay Jagdale held a meeting on Saturday at Mumbai. Out of the 57 applicants 21 of them have been shortlisted by BCCI. Considering Kumble has no experience as coach Internationally or First Class cricket, CAC has given freedom to interview anyone outside the list of 21 applicants as well. ALSO READ: Anil Kumble applies for Team India Head Coach position: Reports

Apart from Kumble, the other 21 applicants also have to appear for an interview on June 21 at Kolkata. Some who cannot travel to Kolkata will giving interview over video conferencing. BCCI current secretary Ajay Shirke spoke to Times of India and said, “The meeting is being held in Kolkata because Ganguly cannot travel out of the city due to personal reasons.” The committee has little time to recommend a coach before the Working Committee meeting, which is supposed to ratify the decision, on June 24 in Dharamshala. ALSO READ: PHOTO: Sachin Tendulkar, Anil Kumble, Rahul Dravid under Boabab tree in Zimbabwe

Shirke further added, “In case the CAC takes a little more time, the BCCI working committee can always authorise the president (Anurag Thakur) and secretary to approve the recommendation of the CAC about the new coach.” At the moment the race for the coach looks close between Ravi Shastri and Kumble. Considering India will be playing at home in the coming months, it may favour Kumble highly. Also, the team mates taking his interview very well know about Kumble’s calibre and are well-aware what he brings to the table. As per sources, the former trio might ask India’s top five-six players choices as their head coach and the option pretty much goes to Shastri after his stint as Team Director for few months. 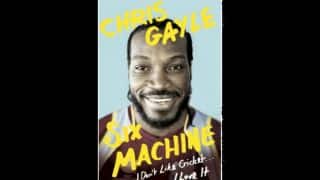