"Kumble role has been absolutely impeccable. He has done very well as a coach," - Vinod Rai, head of the Committee of Administrators

Mumbai: Vinod Rai, head of the Committee of Administrators (CoA), today hailed Anil Kumble for his “impeccable” role as India coach and said they will ensure cohesion in the team. Kumble’s reign as coach of the Indian team ended on a bitter note as he resigned from the post, saying Kohli had reservations over his ‘style’ of functioning. Rai though played down the rift between Kohli and Kumble. “If two persons are thrown together for 24 by 7, there will be difference of professional opinion, so what’s there? His contract was for one year, there were perception, professional issues. He is more mature person, he decided that look, ok, fair enough. It is the captain who has to play on the field isn’t it ultimately,” Rai said after a meeting of COA.

“Kumble role has been absolutely impeccable. He has done very well as a coach. We will go in for a equally good professional to ensure that whether it is the captain or manager, there should be cohesion in the team,” he said. “What’s there to discuss in the coach-captain issue? Listen, what’s Anil Kumble statement, don’t go by any statement. One good thing about India media is that India media doesn’t look into houses, bedrooms, so please don’t look into dressing room,” Rai said.

Under Kumble’s tenure as head-coach India had quite a successful run in the Test arena. India came out victories against West Indies in West Indies (2-0). In a long home season, India whitewashed New Zealand (3-0) at home, before winning the ODI series 3-2. They then marched towards their path to glory in Tests beating England (4-0). England continued to suffer in T20I and ODI series’ as well losing them 2-1 respectively.

India then reclaimed the Border-Gavaskar Trophy by beating Australia 2-1 at home. The few blips in Kumble’s resume as India coach would be the side s 0-1 loss to West Indies in Florida in a two-match T20I series and final loss to Pakistan in the ICC Champions Trophy 2017 just a week ago. 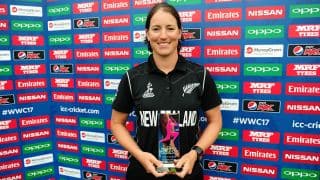 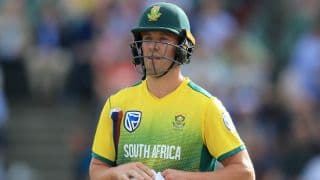