Anil Kumble was declared as India's head coach on June 23 during BCCI's meeting held at Dharamsala.

After Anil Kumble selection as India’s head coach, a lot of speculations went rounds on what lead to his selection and if Ravi Shastri did stand chances of taking the lead as well. But BCCI secretary Ajay Shirke had other views and emphasised on Wednesday that Kumble’s choice was unanimous. All the four members of the Cricket Advisory Committee (CAC) that included former cricketers like Sourav Ganguly, Sachin Tendulkar, VVS Laxman and former secretary Sanjay Jagdale were in favor of Kumble. The quintet, who shared the Indian dressing room for over a decade in the 1990s and 2000s, are not only revered for their on-field exploits and clean image but also hailed for the laurels they helped the country win on foreign soil as also across the domestic grounds for years. ALSO READ: Anil Kumble could bring Indian cricket’s golden generation back

Shirke spoke to Times of India and said, “All the four members of our Cricket Advisory Committee (CAC) -Sourav Ganguly , Sachin Tendulkar, VVS Laxman and former BCCI secretary Sanjay Jagdale – were in favour of Kumble becoming the head coach. So, Ganguly missing the interview, for which he had taken permission, didn’t make any difference.” This statement puts to rest the fact Kumble was chosen after a split verdict from CAC. ALSO READ: Anil Kumble: It is not about Ravi Shastri or me, but about Team India

Shirke also mentioned that Laxman’s conflict of interest was cleared ahead of Kumble’s selection as head coach. Shirke further added, “We were concerned about rumours that Laxman was an employee of Tenvic, a player management firm run by Kumble. Laxman gave an undertaking that he was no more a director in Tenvic nor was he a shareholder.” 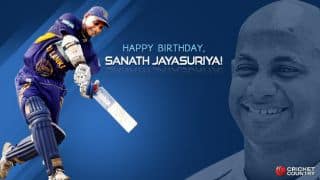