Another terror suspect has been arrested by Pakistani authorities for his involvement in the daring attack on the Sri Lankan cricket team in 2009 that deprived Pakistan the right to host international ties. 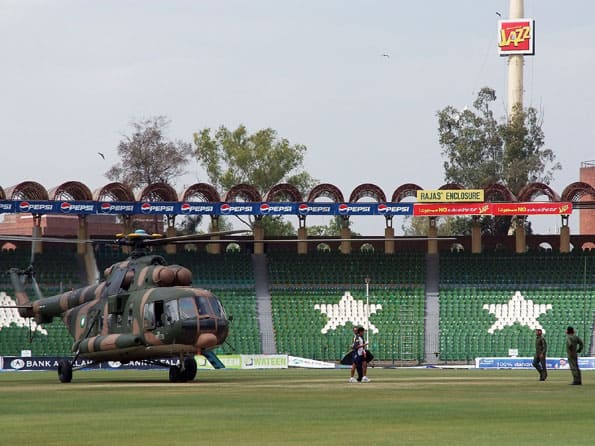 Another terror suspect has been arrested by Pakistani authorities for his involvement in the daring attack on the Sri Lankan cricket team in 2009 that deprived Pakistan the right to host international ties.

The man named Adnan Khosa was arrested in the Dera Ghazi Khan city of Punjab province for his suspected involvement in the 2009 attack that killed seven persons and injured several others, including players.

Khosa, whose codename was “Chotu”, had been included in the police’s “Red Book”, a list of high-value militants, Hiyat said.

According to the police, Khosa is a resident of Azmat Town and an operative of the banned Lashkar-e-Jhangvi’s Amjad Farooqi faction, which has committed several robberies to finance its terrorist activities.

Over a dozen people have been arrested in connection with the attack so far.

Pakistan lost rights to host international cricket matches, including the 2011 cricket World Cup fixtures that were later relocated to the other co-hosts India, Sri Lanka and Bangladesh.

Khosa’s father, Qari Arshad, said his son had been studying at the Farooq-e-Azam madrassa in Shah Saddar Din, from where he went missing with a fellow student.

Arshad said soon after the attack on the Sri Lankan team in Lahore, law enforcement agencies had picked up Khosa and his elder brother but they were later released.

Arshad claimed Khosa had had no contact with his family for the past few years.

In March, Pakistani police claimed to have arrested six alleged Taliban terrorists involved in the attack and said their original plan was to kidnap players and hold them hostage to seek release of their leaders.

Police had said that a man named Amanullah alias Asadullah was the mastermind of the attack in which about a dozen terrorists ambushed the Sri Lankan team’s motorcade at a busy traffic roundabout in Lahore.

Police had then said that a dozen suspects had been arrested in connection with the attack.

Sangakkara to deliver Spirit of Cricket Cowdrey lecture at Lord's

Gilchrist's fury destroys RCB in battle of the blue-blooded