Rath, 21, who has an Indian passport will enter the Indian Premier League 2020 draft as a local player

Hong Kong Cricket captain Anshuman Rath on Thursday parted ways with his country of birth and is seeking to play in India with the Vidarbha Cricket Association (VCA).

Rath, 21, who has an Indian passport will enter the Indian Premier League 2020 draft as a local player and will ply his trade in Vidarbha, starting with club cricket in Nagpur. He has been in talks with the VCA and will be available for selection for India’s domestic matches after the cooling off period on one year.

Rath quits Hong Kong after they finished last in the recent World Cricket League Division 2, and were relegated to the Cricket World Cup Challenge Leagues. Even though Rath was the top-scorer for his team, Hong Kong lost their ODI status.

He also played for Middlesex and was offered a contract with the county side but in England the sporting visa required was only open to players from Full member nations.

He averages 51.75 from 15 ODIs and in his 9 first-class innings he has managed 391 runs at over 65 apiece. Earlier, Hong Kong’s Mark Chapman too shifted allegiances to New Zealand in 2018, playing three ODIs for New Zealand.

“I would like to thank Cricket Hong Kong for everything that they have done for me over the years. It has been a very enjoyable ride with them since the age of 12 but I believe it is time to move on. I wish the players and support staff all the best and I will be keeping a close eye on their future endeavours,” Rath told Emerging Cricket.

“That is the end goal yes, absolutely” he answered when asked if this decision was based around wanting to play for the Indian team.

During the Asia Cup 2018, Rath put on a stand of 174 runs with Nizakat Khan against India, when the opening duo took their side within striking distance of India’s 285 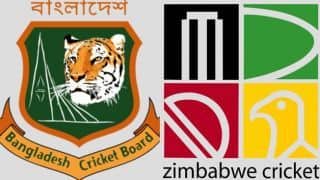