Anukul Roy headed into the final with tally of 12 wickets.

Anukul Roy has been a revolution for India in the 2018 U-19 World Cup. He began taking wickets against Papua New Guinea (PNG) with his maiden five-wicket haul, restricting them to 64. He then built up the tally and headed into the final with 12 wickets. Roy maintained his tag of wrecker-in-chief and added pressure on Australia in the final at Mount Maunganui. He first broke the growing partnership between settled batsmen Param Uppal and Jonathan Merlo, of 75 runs. He removed Uppal for 34. It was followed by the big wicket of Merlo for 76. With that he became the joint-highest wicket-taker alongside Qais Ahmad and Faisal Jamkhandi in the tournament, holding 14 wickets. 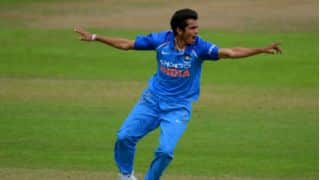