Anurag Thakur on Tuesday stated that Shashank Manohar had to step down from his position in accordance to proposed structural revamp of ICC.

New Delhi: Board of Control for Cricket in India (BCCI) honorary secretary Anurag Thakur on Tuesday stated that chairman Shashank Manohar had to step down from his position in accordance to the proposed structural revamp of the International Cricket Council (ICC). “As per the constitution of the ICC, the chairman of the International Cricket Council has to be an independent member. He cannot be associated with any board or any organisation, so that is why he has resigned. He has filed nomination for the ICC chairman,” Thakur told exclusively to ANI. Shashank Manohar’s resignation opens up race for BCCI president

“As per the BCCI constitution, the new president will be elected soon,” Thakur added. In April, the ICC, during a meeting in Dubai, had agreed that the election of its Chairman will be held through a secret ballot in late May in a bid to re-establish the ‘independent’ position of the Chairman. Manohar had replaced N. Srinivasan at the helm of ICC in November. Aditya Verma terms Shashank Manohar as a “power hungry backstabber”

The 58-year-old administrator resigned as BCCI chief, seven months after he succeeded the late Jagmohan Dalmiya in his second stint as the head of the cricketing body. The development came in the wake of the Supreme Court-appointed Justice Lodha committee recommendation that an administrator cannot occupy two posts at the same time in different governing bodies.

Shashank Manohar‘s resignation as president of the Board of Control for Cricket in India (BCCI) has opened the doors for many cricket administrators in the country to apply for the top post. According to sources, board secretary Anurag Thakur and Indian Premier League (IPL) chairman Rajeev Shukla are among the front runners for the post. Barely seven months after succeeding the late Jagmohan Dalmiya to the job, Manohar, who took over for the second time, also quit as the board’s representative on the International Cricket Council (ICC) and also the Asian Cricket Council (ACC), reports IANS. 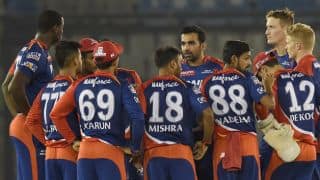 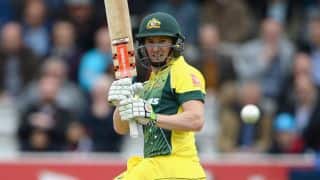