Anurag Thakur, who had to step down as BCCI President owing to the Supreme Court ruling on Lodha Committee reforms, was elected at the HPOA's Annual General Meeting on Saturday.

Dharmasala: Ousted as BCCI President following a Supreme Court order, Anurag Thakur was on Saturday unanimously elected head of the Himachal Pradesh Olympic Association (HPOA) for a four-year term. Thakur, who had to step down as BCCI President owing to the Supreme Court ruling on Lodha Committee reforms, was elected at the HPOA’s Annual General Meeting on Saturday. Nirwan Mukherjee was Observer from Indian Olympic Association for the polls. Other observers included NP Gulleria, Hockey Coach, and Ratan Lal Thakur, Observer Himachal Pradesh Government Sports Council. Surat Singh Thakur was the Returning Officer to conduct the elections.

Virender Kanwar was elected Senior Vice-President, while Rajesh Bhandari, who is a Vice President in the Boxing Federation of India, was elected General Secretary. “The newly-elected members deliberated on how to improve the quality of sports in the state which has an immense pool of talent but is not doing well due to the lack of quality infrastructure and a concrete policy for the development of the same,” the HPOA said in a statement.

“The house decided to have a blueprint for the same with the help of experts and studying the models followed by other states which would be pursued with the government and other stake holders to be implemented.” The HPOA decided to have a Himachal Olympic Bhawan at Shimla and to organise the state Olympic festival on the lines of the national games at Hamirpur from June 23 to 26.

An informal meeting was held between officials from 24 state associations of the BCCI in Bengaluru on January 8, which also had former presidents Thakur and N Srinivasan in attendance. 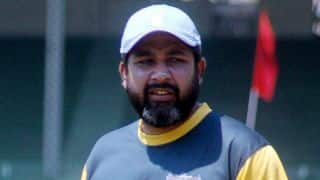