Kandahar Knights lived to fight another day after a nail-biting finish saw them beat Paktia Panthers by four wickets.

Kandahar Knights lived to fight another day after a nail-biting finish saw them beat Paktia Panthers by four wickets in the Afghanistan Premier League 2018 on Wednesday night.

Needing 11 off the final six deliveries after Panthers posted 167/7, Knights lost Riki Wessels off the first delivery of the over before Karim Janat and Karim Sadiq hit a four each to leave it one run from the last.

Ziaw Rehman, with all fielders inside the circle to prevent single, fired it short and Sadiq miscued the pull but a miscommunication between two fielders resulted in them colliding and in the ensuing milieu, Knight batsmen stole the winning run.

That the contest will go into the final delivery seemed a distant possibility as Knights captain Asghar Afghan belted 74 off 42 to record his career-best T20 score. When he departed in the 14th over, he had belted five fours and six sixes to put his team on course.

But Wessels (22 off 26) and Najibullah Zadran (23 off 18) struggled leaving the contest evenly poised.

Panthers captain Mohammad Shahzad opted to bat and smacked Mohammad Naveed for a six off the very first ball of the match. He was in aggressive mode from the word go but played one shot too many to be caught on 21 off 11. Following his departure, Panthers Sayed Shirzad struck twice to leave them wobbling at 48/4 in 6.3 overs.

Samiullah Shenwari and Calum McLeod took over and resurrected their innings adding 89 runs for the fifth wicket. McLeod departed after scoring 40 which had three fours and two sixes but Shenwari struck 65 off 43 with three fours and five sixes and was out in the final over as Panthers posted a good total. 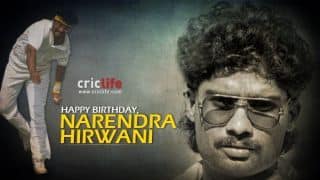