A powerful display by Chris Gayle made short work of the Kandahar Knights bowlers and knocked them out of the Afghanistan Premier League.

A powerful display by Chris Gayle made short work of the Kandahar Knights bowlers and knocked them out of the Afghanistan Premier League.

With typical authority, Gayle smashed his way to a 22-ball 73 to chase down 142 with ease and power Balkh Legends to a morale boosting win before the semi-finals.

Put in to bat, Kandahar Knights were off to a tough start. The openers, Asghar Afghan and Paul Stirling struggled to get going. Skipper Afghan has been their in-form batsman in the tournament and the team hoped he would come good again. By the halfway stage, they had lost four wickets and were on 49.

Brendon McCullum has had a tough tournament with the bat but came good on a day his team needed him the most. His 32-ball fifty brought life to the Kandahar Knights innings and presented hope of a good total.

Riki Wessells held one end during his innings of 39 to add stability. This 65-run partnership was crucial in bringing them back into the game. Wessels pushed on after McCullum s dismissal and Kandahar Knights managed to cross the 140-run mark, although they lost nine wickets along the way.

Kandahar Knights hopes were dashed from the outset with Gayle looking in ominous form.

During the initial overs, he picked Karim Sadiq for special treatment, smashing him all over, milking 37 off his first two overs. Gayle continued the onslaught to get his fifty off only 16 balls. Colin Munro, the man with the best seat in the house, just knocked it around to hand Gayle the strike and watch the fun.

Kandahar Knights managed to fight back a touch by taking two more wickets in quick succession but the damage was already done by then. All Ryan ten Doeschate and Ravi Bopara had to do as knock it around with the required rate lesser than a run-a-ball. 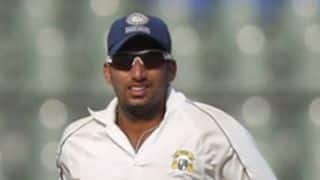 Sikkim rope in three out station players for Ranji season 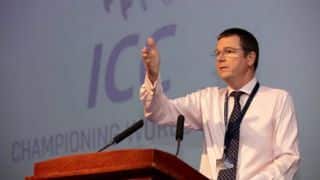