Karnataka left-arm medium pacer Sreenath Aravind is expectedly " very happy" albeit a bit surprised with his selection in the Indian cricket team for the first two ODIs against England. 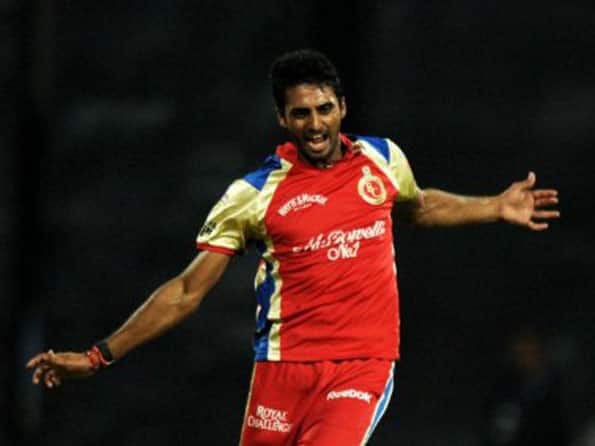 Karnataka left-arm medium pacer Sreenath Aravind is expectedly ” very happy” albeit a bit surprised with his selection in the Indian cricket team for the first two ODIs against England.

Aravind, who was impressive with his bowling for Royal Challengers Bangalore in the last edition of IPL said, “I am very happy. I wasn’t expecting the call this year, especially after I missed the Emerging tour due to injury.”

Aravind said that after recuperating from a side strain, he was eyeing an India berth next year but is pleasantly surprised with his selection.

“After I recovered, I was hoping to do well this season and was looking for a call next year. But I am very happy and surprised that the selectors have given me the opportunity this year itself,” the 27-year-old Aravind told reporters ahead of his CLT20 match against KKR.

Aravind, who has taken 68 first-class wickets in 20 matches, feels that he has matured as a bowler in the last two years and have been constantly improvising in his bowling. He hoped that he will get a chance during the series.

“I am really looking forward to the challenge. I have been really working hard on my bowling ever since I recovered from the injury. I think I am a better bowler than what I was a couple of years back. I hope to get a match and give my best.”

He is the third bowler (Abhimanyu Mithun, Ranganath Vinay Kumar being the other two) in last two years from Karnataka stable of medium fast men who have got an opportunity to don the blue jersey.

“It’s nice that even Vinay is in the side. As you know in the Karnataka Ranji side, Vinay plays a role of a mentor to me and (Abhimanyu) Mithun, so I will be getting the guidance from him even in the Indian team and that will help me ease the pressure,” he was quoted by PTI.