Arjun Tendulkar "just like any other member of team": Coach Sanath Kumar

Arjun Tendulkar "just like any other member of team": Coach Sanath Kumar

Sanath Kumar is coaching the Under-19 bowlers in the absence of Paras Mhambrey.

All eyes will be on Arjun Tendulkar when Indian colts start their campaign against Sri Lanka but for Under-19 team’s new bowling coach Sanath Kumar, “he will be like any other member of the team”. A revered coach in domestic circuit, Sanath will guide the fresh batch of India U-19 bowlers including Tendulkar Jr as Paras Mhambrey is on India A duty in England.

Ask him about how he would handle Arjun considering his selection had garnered a lot of attention, Kumar told PTI: “I don’t know about that as it’s not my area of concern but as a coach, all the boys are equal for me. For me, Arjun is no different from other kids. My job is to bring the best out of each and every one of them.”

Sanath has earned a reputation for successfully coaching smaller states (Assam to Ranji Trophy semi-final, Andhra to Vijay Hazare semi-final) and will be coaching a national team for the second time: “I worked as a coach with Indian women’s team in 2008 during their tour of England. This time I am contracted to work till the end of the Under-19 Asia Cup in Bangladesh in October.”

Since the assignment will be more tournament-based, Sanath has done his homework as to how he wants to help the young bowlers: “Look, in a short span of time, you can’t really work a lot on the technical aspect as they will be playing matches. I would like to focus more on strategic part. Would like to prepare the boys for match situations with simulations.”

However, there are a few basic areas which he would have a close eye on: “For any fast bowler, the more he can land the ball on the seam, the more effective he can be. So landing the ball on the seam and how to use the crease, bowling closer to the stumps are certain aspects I would like to focus during the camp.”

The camp starts from July 1 at the NCA in Bengaluru. 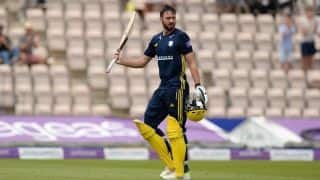 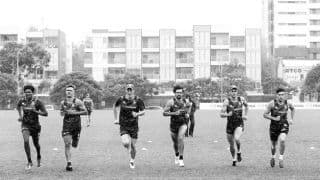