Arvind Kejriwal today told the Delhi High Court that the minutes of meetings of DDCA between 1999 and 2014.

Chief Minister Arvind Kejriwal today told the Delhi High Court that the minutes of meetings of DDCA between 1999 and 2014 in connection with a defamation suit filed by Union Minister Arun Jaitley were necessary as these formed the basis of his defence in the matter.

The Delhi chief minister further submitted before Justice Manmohan that the union minister was the president of DDCA from December 1999 till 2013 and Kejriwal had received a complaint alleging irregularities in the cricketing body by its current and past directors.

Advocate Anupam Srivastav, appearing for Kejriwal, also said that records definitely formed basis of the defence set out by him in his written statement to Jaitley’s suit.

The advocate submitted that the defamation suit was filed in the backdrop of their allegation with regard to corruption in the DDCA, which the chief minister now seeks to establish.

Kejriwal has submitted that a DDCA official be summoned and asked to produce records pertaining to minutes of the meetings of the cricketing body held between 1999 to 2014.

He contended that the union minister, during his cross- examination in May 2017, was confronted with the minutes book of the DDCA, but these were not admitted on records as they were photocopies.

The chief minister’s counsel was making his submission during the hearing of an appeal filed against a joint registrar’s decision to dismiss his plea to summon the minutes of meetings of cricket body between 1999 and 2014 in the suit.

Jaitley was the President of Delhi and District Cricket Association (DDCA) from 2000 to 2013.

Kejriwal has challenged the October 31, 2017 decision of a Joint Registrar of the high court who, while dismissing his plea, had said the chief minister cannot be allowed to use the judiciary for a “roving and fishing enquiry”.

In his October 31, 2017 decision, the Joint Registrar had said it was not Kejriwal’s defence that he made the alleged defamatory statements based on the records he wanted to summon and hence cannot be allowed to lead evidence beyond what he had pleaded in his application.

The Joint Registrar had held that Kejriwal “has failed to justify the grounds for summoning of the subject record”.

The instant appeal has been moved by the chief minister in the Rs 10 crore defamation case filed by Jaitley against him and five other Aam Aadmi Party (AAP) leaders — Raghav Chadha, Kumar Vishwas, Ashutosh, Sanjay Singh and Deepak Bajpai, for accusing the BJP leader of corruption when he was the President of the DDCA.

Jaitley has already denied all the allegations by the AAP leaders in December 2015 and filed a civil defamation suit seeking Rs 10 crore damages from them, claiming they had made “false and defamatory” statements in the case involving DDCA, thereby harming his reputation.

Kejriwal, however, had told the court that he had not instructed Jethmalani to use such words against the minister, even though the senior advocate, who announced his retirement from the profession, had later said the chief minister had asked him to use abusive language. 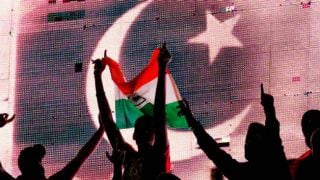 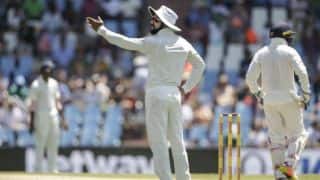